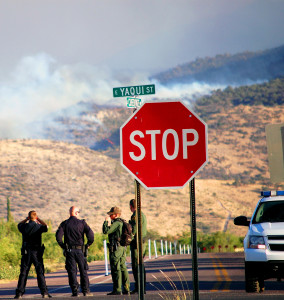 Genesis is a good place to start.  It means “Beginnings” and often we can find clues to other topics in the Bible by going back to the first mention of it, whether in Genesis or elsewhere.

Eliezer was Abraham’s trusted servant.  When the patriarch wanted a wife for his son, Isaac, he sent his servant back to his hometown, Ur of the Chaldees, to find one.  Ur was 600 plus miles to the east, but closer to a thousand miles by caravan route.

After months of traveling, Eliezer arrived at the city limits, the main well from where the women fetched water for daily use.

He had the camels kneel down near the well outside the town; it was to-
ward evening, the time the women go out to draw water. Then he prayed,
“O LORD, God of my master Abraham, give me success today, and show
kindness to my master Abraham. See, I am standing beside this spring,
and the daughters of the townspeople are coming out to draw water. May
it be that when I say to a girl, ‘Please let down your jar that I may have a
drink,’ and she says, ‘Drink, and I’ll water your camels too’ — let her be
the one You have chosen for your servant Isaac. By this I will know that
You have shown kindness to my master.” (Genesis 24:11-14 New Inter-
national Version).

Rebekah, Abraham’s great niece, came along and exactly fulfilled the servant’s request to God.  She was the one!

So what is the Gem we can glean from this incident?  Focus on our featured Scripture of Genesis 24:27:  “I being in the way, the LORD led me….”  This was part of Eliezer’s praise to God when he realized Rebekah was God’s choice of a wife for his master’s son.  Eliezer was led by God because he put himself in the position of being in the way!  That doesn’t mean he was blocking God’s leading.  It means that he was actively in tune with God so he could receive the LORD’s directions!

How can we put ourselves in the way and so be led by the LORD?

Because of Abraham’s faithful servant being in the way…

What will the Lord do through you if you put yourself in the way of God?