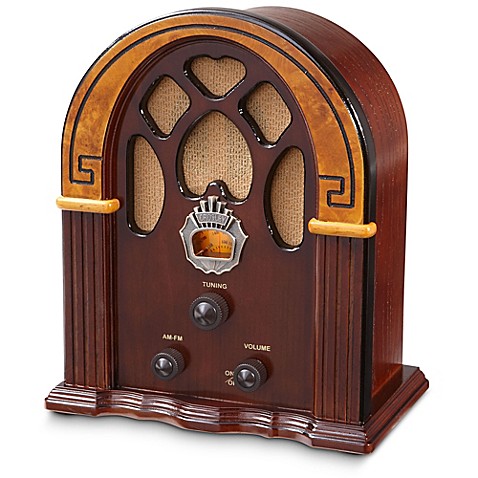 Christopher Sterling and John Kitross wrote a book called Stay Tuned – A History of American Broadcasting.  I remember hearing an announcer on radio tell the listening audience before a commercial break, “Stay tuned…,” especially if they wanted to hear more about a news item just mentioned or more of a current show.  The Urban Dictionary explains “Stay tuned ” this way:

On old dial-tuned AM radios before there were even preset buttons, it was a
non-trivial task to tune into a particular station.  So radio news announcers
would tell their audience to stay tuned to the station if they were expecting
more info on the current story.

Other catch phrases I remember from being a four year old with his ear glued to the big livingroom radio – before the days of TV in our house! – listening to exciting shows like The Lone Ranger – “Don’t touch that dial!” and “Same time, same station!”

First let me say that I love this verse!  In its context it applies mainly to the millennial kingdom when Israel will be the focal point of all the earth because Jesus is reigning as King from Jerusalem!  But it also has application for Christians today, and I depend on this truth to help me walk according to God’s will and way.

So how do we Stay Tuned… with the Lord?  Elijah’s experience gives us some answers:

…he repaired the altar of the LORD that was broken down.  And Elijah
took twelve stones, according to the number of the tribes of the sons of
Jacob, to whom the word of the LORD had come, saying, “Israel shall
be your name.”  Then with the stones he built an altar in the name of
the LORD….

LORD God of Abraham, Isaac, and Israel, let it be known this day that
You are God in Israel, and that I am Your servant, and that I have done
all these things at Your word.

Elijah’s loyalty and obedience to God has given him the place of the greatest prophet in the Old Testament!