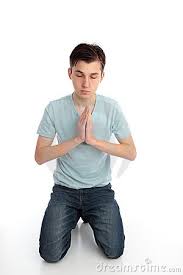 What is Jesus’ Rightful Place?  The Jewish hierarchy wanted this rabble-rouser from Nazareth on the cross!  They thought that was His Rightful Place! (See Matthew 27:25; Luke 23:21; John 11:50-53).  Pontius Pilate, the Roman governor of Judea, did not want to see Jesus crucified, but nevertheless condemned Him to die on the cross to keep peace among his Jewish subjects.  The Lord Himself knew He was destined for the cross to pay for the sins of mankind, and He willingly went! (See Philippians 2:6-8).  In John 10:17 and 18 He told those who were following Him, “Therefore My Father loves Me, because I lay down My life that I may take it again.  No one takes it from Me, but I lay it down of Myself.”  He chose to pay the price to redeem the world from sin!

Because of that voluntary sacrifice – the most costly sacrifice anyone could ever offer – here in Philippians 2:9 through 11 is the description of the exalted Rightful Place the Father has given to the Son:

Therefore God also has highly exalted Him and given Him a name which
is above every name, that at the name of Jesus every knee should bow, of
those in heaven, and of those in earth, and of those under the earth, and
that every tongue should confess that Jesus Christ is Lord, to the glory of
God the Father.

Think about the three things mentioned as His Rightful Place:

•      Philippians 2:9 – “…God…has…given Him a name which is above every name….”  We don’t see it yet in this old world.  It is more likely that we will hear His name spoken in cusses and curses!  I don’t think a day passes when I am out among the general populace that I do not hear the name of Jesus Christ spoken is some light or vulgar manner.  One pastor friend of mine responds this way when he hears an unthinking “Jesus Christ!”  He loudly follows it with “…is Lord!”

•      Philippians 2:10 – “…that at the name of Jesus every knee should bow….”  And three places are mentioned to emphasize the universality of that action:

✞      the knees “…of those in heaven….”  Heaven is where all who reside there delight to do the will of God.  There is voluntary worship in that place – every knee bowing – as the seraphim cry out, “Holy, holy, holy is the LORD of hosts; the whole earth is full of His glory!” (Isaiah 6:3 – see Revelation 4:6-8).  And the twenty-four elders bow down, along with all angels, and all redeemed people wearing white robes of righteousness! (See Revelation 7:9-12).  As Jesus taught us in the Lord’s Prayer of Matthew 6:9 through 13 and Luke 11:2 through 4:  “Your will be done…in heaven.”

✞      the knees “…of those in earth….”  Here, in earth, only some bow the knee in true worship of the Savior.  Many who call themselves Christians may bow the knee in rote ceremony, but if one does not have a heart-knowledge of the Lord Jesus Christ, He will tell them at the Judgment, “I never knew you; depart from Me….” (Matthew 7:23).  Many more bow the knee to false gods, for the world produces a thousand false religions!

✞      the knees “…of those under the earth….”  I believe this is a reference to those who reject Jesus Christ and await judgment in the fires of Hades – as did the rich man in Luke 16:22 through 24.  It also refers to Satan and his demons who will forever be condemned to hell.  They will never bow the knee now, but they will then!  Back to this in a moment.

•      Philippians 2:11 – “…and that every tongue should confess that Jesus Christ is Lord, to the glory of God the Father.”  Such confession does not mean that one is child of God.  According to Romans 10:9, it is only half of what is required.  The other half is “…if you…believe in your heart that God has raised Him from the dead, you will be saved.”

So how is it “…every knee should bow…and that every tongue should confess that Jesus Christ is Lord…? ”  Obviously, the devil and his demons would do everything possible to avoid doing this, as would many unsaved people.  I have several Bible versions that translate this passage by saying “…everyone…will kneel and confess….” (Philippians 2:10, 11 – God’s Word to the Nations).  So it is just not that they should bow and confess, they will bow and confess!  They will have no choice!  For if they refuse to bow the knee, an angel will be there to kick them in the back of the knee and drop them to the floor!  And if they refuse to confess that Jesus Christ is Lord, an angel will grab their tongue and make them confess!  And then they will be cast into an eternal hell – all demons, all unbelievers, and the devil himself! (See Matthew 25:41).

But now, thank God, we have the opportunity to voluntarily bow our knee and “…confess that Jesus Christ is Lord…and believe in…our heart that God raised Him from the dead….” (Philippians 2:10, 11; Romans 10:9).  And if we do, we will never face the Lord as our Judge.  We will never be cast into hell.  We will already “…have passed from death into life” (John 5:24), being “…delivered from the power of darkness and translated…into the kingdom of the Son of His love….” (Colossians 1:13).

Don’t delay to accept Jesus Christ into your heart and life as your Savior – while you have the opportunity!  And then follow Him daily as your Lord!