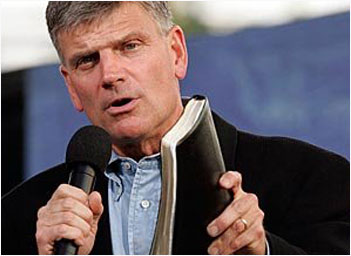 One more time consider II Timothy 2:1 through 3, and the five generations of believers this Scripture implies:  Stephen, Paul, Timothy, those whom Timothy taught, and those whom they in turn would teach.

You therefore, my son, be strong in the grace that is in Christ Jesus.  And
the things that you have heard from me among many witnesses, commit
these to faithful men who will be able to teach others also.  You therefore
endure hardship as a good soldier of Jesus Christ.

It’s called Spiritual Dominoes, because one Christian affects the life of another, and that one affects the next generation of believers, and so on.  It is like a string of dominoes lined up.  You push the first one over, and it topples into the second, and so on – until all the dominoes in that string are toppled!  The string of Spiritual Dominoes we have been investigating started with Edward Kimball, the English Sunday school teacher who led Dwight L. Moody to Christ. Moody in turn affected F. B. Meyer, who ministered to J. Wilbur Chapman. Chapman trained Billy Sunday as an evangelist who recommended Mordecai Ham to preach a crusade Sunday could not fill.  And at that crusade Billy Graham was saved!  But there is one more Domino in this Spiritual string…

Born in 1952, the fourth child of Billy and Ruth Bell Graham, he rebelled at the idea of trying to live up to his father’s reputation.  In his autobiography, Rebel With A Cause, Franklin writes of teenage years drinking, smoking, and trying to elude police in a car chase.  At age 22 – after joy-riding around Europe with a fifth of scotch in the hand that was not on the steering wheel of his Land Rover – he found himself in a hotel room in Jerusalem reading the Gospel of John.  As he tells the story in his autobiography:  “When I came to the third chapter, I read not just that Jesus told Nicodemus he had to be born again, but I also grasped that Franklin Graham had to be born again as well.”

Franklin returned home with a new understanding from receiving Christ as his Savior.  The founder of Samaritan’s Purse, Bob Pierce, took Graham on a six-week mission to Asia, where he witnessed poverty and hardship he had never before seen.  When Pierce died in 1978, twenty-seven-year-old Franklin became president and CEO of this relief organization.  Said Graham,

I’m going to travel the gutters and the ditches of the world, and I’m going to help
people in the name of the Lord Jesus Christ.  My father can go to the big stadiums,
but I’ll just go to the highways and the byways. (http://www.cnn.com/CNN/
Programs/ people/shows/graham/profile.html).

Franlin did not want to fill his famous father’s shoes.  Not being an evangelistic preacher was part of this desire.  But in 1989 Graham preached his first crusade in Juneau, Alaska at the urging of John Wesley White, an associate evangelist with Billy Graham.  Since then he has conducted almost 200 Franklin Graham Festivals, preaching to over seven million people, according to a BGEA release.

In 2000, Franklin was named CEO of Billy Graham Evangelistic Association, and president of the organization a year later.  As president and CEO of BGEA and Samaritan’s Purse, Graham continues his father’s legacy of preaching, but also brings relief to millions suffering hardship all around the world.  As he states in his 1995 autobiography – and uses as a subtitle – he was Finally comfortable being Graham!

What is the point of these last four blogs called Spiritual Dominoes?  When you consider that this particular string of Dominoes started over 160 years ago when a humble English Sunday school teacher named Edward Kimball led his uncouth student to the Lord in the stock room of a Boston shoe store.  Look again at the string of Spiritual Dominoes named at the beginning of this blog.  Can you then see how touching a single life for the Lord Jesus Christ might end up saving millions of souls?!!  It happened to Edward Kimball!  When it is all said and done, Mr. Kimball will have great rewards in heaven!  For he will be credited in part for every one of those millions who have responded to the gospel message of this string of powerful pastors and evangelists!

By the way, it isn’t done yet! Will Graham – William Franklin Graham IV, the eldest son of Franklin Graham – has, since 2006, held ‘Celebrations’ in six continents around the world – giving the gospel to multitudes of people!

So be faithful in sharing Jesus Christ with whom God leads you to!  Who knows?  You may be starting a string of Spiritual Dominoes that will lead millions more to the Lord!