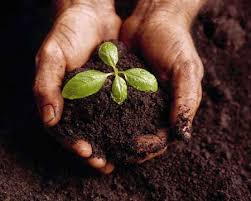 A mean God?  Some people think so – to the point of not acknowledging the God of the Old Testament is the same as the God of the New – the God of love as revealed in Jesus Christ!

But let’s get back to the original question posed in this series:  Why did God order King Saul, “Now go and attack Amalek…utterly destroy all…and do not spare them….kill both man and woman, infant and nursing child, ox and sheep, camel and donkey.”  What did the Amalekites do to provoke such wrath of God against them?  It is not so much what they did, but who they were that sealed their fate!

It says in Exodus 20:5 (God’s Word to the Nations), part of the Ten Commandments:  “…I, the LORD your God, am a God who does not tolerate rivals.  I punish children for their parents’ sins to the third and fourth generation of those who hate Me.”  Why does God not tolerate rivals?  Because He knows that worshiping Him is the only way of blessing, of a life both eternal and abundant! (See Deuteronomy 11:21; 30:19; John 10:10).  All other choices of gods leads to what Solomon pointed out in Proverbs 14:12 and 16:25 (KJV):  “There is a way that seemeth right unto a man, but the end thereof are the ways of death.”  And since Jesus is “…the [only] way, the truth, and the life…” (John 14:6), God’s love for His creation – especially mankind – and His purpose to redeem that creation through the “…seed…[of] the woman…” (Genesis 3:15), will be protected at all costs!

Back to the Amalekites:

•      Amalek was the grandson of Esau (see Genesis 36:12).  Esau, Jacob’s twin brother, sold his birthright as the firstborn – the birthright included family leadership and spiritual guidance, and a double portion of inheritance – for a bowl of soup! (See Genesis 25:29-34).  Esau, as it were, turned his back on God!  And so the Lord says in Malachi 1:2 and 3, “…I loved Jacob, and I hated Esau….”  Since the children inherit the parents sins to the third and fourth generation, Amalek despised God also!  And Amalek passed that despising trait on to all future generations of the Amalekites!

•      When the Amalekites attacked Israel from behind (see Deuteronomy 25:17, 18), they were acting from their own inner hatred of God!  And He knew that this attack would only be the beginning!  Since Satan controls the Godless, the devil would use the Amalekites again and again if they were not wiped out, to try to stop the Seed, Jesus Christ from fulfilling His redemptive!  This is just what happened (see I Samuel 15:1-9).

•      Approximately 500 years after Saul, and after the Jews of the southern kingdom, Judah, went into captivity to Babylon, Haman, the Agagite rose to be prime minister of the Persian Empire (see Esther 3:1).  Agag was the king of the Amalekites in the time of Saul (see I Samuel 15:8).  Apparently, Agag was not the only one spared of his family, because Haman was this Amalekite’s descendant many generations later!  And Haman tried to wipe out all the Jews in the vast Persian empire! (See Esther 3:13).

•      Five hundred years after that, Herod the Great arose as King of the Jews.  Many trace Herod’s lineage back to the Amalekites through his father who was an Edomite.  According to Josephus, the Jewish historian of the first century, “…Herod…was…an Idumean [Edomite]….” (The Antiquities of the Jews, Book 12, Chap. 8).  Herod tried to destroy Jesus, killing “…all the male children who were in Bethlehem and in all its districts, from two years old and under…” (Matthew 2:16).  Satan was again trying to halt the Seed and His ministry!

God was Protecting The Seed throughout history at all costs to the ungodly!  If He had not, you and I would never have the opportunity to enter into eternal life and abundant life!

God not only preserved the Seed at all costs, but He preserves the witness of His people to the Seed, Jesus Christ!  It is through that witness that people are drawn to Jesus and are saved!  Anything that will compromise that witness must be taken out of the way!