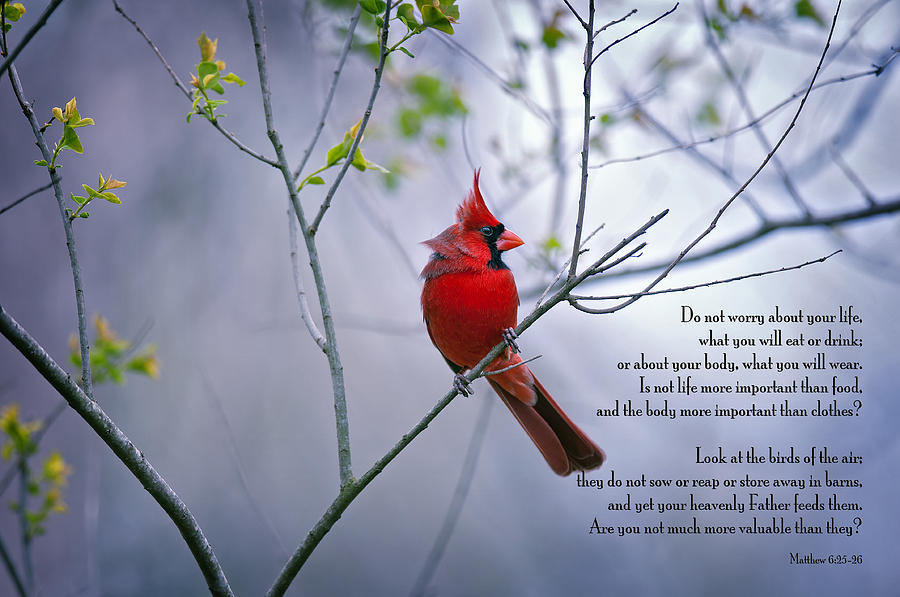 Titedios Amerimnos, the man who didn’t worry!  That’s the inscription archeologists found on a second century burial box (called an ossuary).  Titedios was his first name, and Amerimnos was his surname, a description of his character.  It means ‘does not worry’!

Jesus spoke wonderfully on the subject of worry in Matthew 6:24 through 34.  So we are examining the subject of these precious words, and in so doing we will see three major things:

No one can serve two masters; for either he will hate the one and love
the other, or else he will be loyal to the one and despise the other.  You
cannot serve God and mammon.

We looked at this in the last blog – We worry because we are choosing to serve the wrong thing!  We choose to focus on the things of this world rather than on the Creator of it all – God! (See Romans 1:21-25).  “You cannot serve God and mammon.”  Mammon is money, and the things money can buy – including position, power, prestige, a paramour – as well as possessons!

Therefore I say to you, do not worry about your life, what you will eat or
what you will drink; nor about your body, what you will put on.  Is not life
more than food and the body more than clothing?  Look at the birds of the
air, for they neither sow nor reap nor gather into barns; yet your heavenly
Father feeds them.  Are you not of more value than they?  Which of you by
worrying can add one cubit to his stature?

✞      The second argument for not worrying is from verse 26 – We are the highest order of creation!  We are the only species about which God said, “Let Us make man in Our image, according to Our likeness; let them have dominion…on the earth.” (Genesis 1:26).  Jesus gives us a logical argument from the lesser to the greater.  I have never seen a starving robin or blue jay – and they don’t labor at sowing, reaping, or gathering into barns!  If God provides for His lesser created beings – birds and flowers – “Are you not of more value than they? ”  Certainly, if He provides for birds and flowers – as that old hymn so beautifully states – God will take care of you!  Another gospel hymn comes to mind, one that Ethel Waters sang so wonderfully as her signature song:  “His eye is on the sparrow, and I know He watches me.”  It is based on Luke 12:6 and 7 (Good News Bible):

Aren’t five sparrows sold for two pennies?  Yet not one sparrow is for-
gotten by God.  Even the hairs of your head have all been counted.  So
do not be afraid; you are worth much more than many sparrows!

✞      The third argument for not worrying is from verse 27 – Jesus asks, “Which of you by worrying can add one cubit to his stature? ”  A cubit is approximately 18 inches long.  If a person was six feet tall, adding a cubit would make him as tall as Adam Rainer.  Who is Adam Rainer?  He was from Austria-Hungary, and has the distinction of being the only person known to have been both a dwarf and giant!  At age 21 he was only 3 feet, ten inches tall.  When he died 30 years later, he was measured at seven feet, eight inches.  Never mind adding a cubit – can worry even add a quarter of an inch to your height?  Worry does not add anything positive!  Has it ever brought for you a change for the good?  Oh, yes, worry will add things to your life – ulcers, arthritis, colitis, nervous disorders, headaches, heart problems, and the like!

More on eight reasons for not worrying in our next blog.