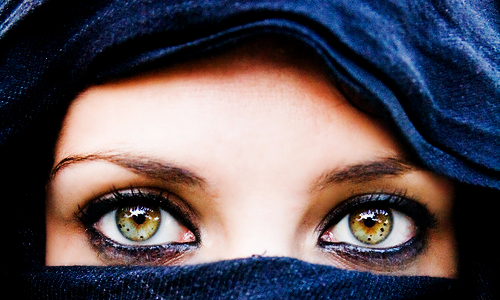 While the Israelites were on the eastern side of the Jordan River, “…Joshua…sent out two men…to spy secretly…” (Joshua 2;1).  He told the spies, “Go, view the land, especially Jericho.” (Joshua 2:1).  He wanted them to scout out the city on the other side of the river about six or seven miles to the west of where Israel was camped. Joshua wanted to know about Jericho – how strong it was militarily, and what it would take to conquer the Canaanites who lived there.

So they went, and came to the house of a harlot named Rahab, and
lodged there….[When they were about to leave, Rahab implored them]
…“I beg you, swear to me by the LORD, since I have shown you kind-
ness, that you also will show kindness to my father’s house…and spare
my father, my mother, my brothers, my sisters, and all that they have,
and deliver our lives from death.” (Joshua 2:1, 12, 13).

She knew why these men of Israel had come to Jericho!  And, as she told the men Joshua 2:9, “I know that the LORD has given you the land, that the terror of you has fallen on us, and that all the inhabitants of the land are fainthearted because of you.”  So Rahab sided with Israel, and Israel’s God!

This woman is called a harlot in Joshua 2:1 (see also Joshua 6:17, 22, 25; Hebrews 11:31; James 2:25).  The Hebrew word means “to commit adultery” (Strong’s Hebrew Dictionary).  Rahab was a prostitute, a lady of ill repute!  But, just as Jesus said in Luke 5:32, “I have not come to call the righteous, but sinners, to repentance…,” so God reached out and touched Rahab’s heart, and she responded by faith!  How do we know Rahab became a woman of faith?

•     She is listed in the genealogical record of Matthew 1 as an ancestress of Jesus Christ!  It is written in Matthew 1:5 and 6 (God’s Word to the Nations):  “Salmon and Rahab were the father and mother of Boaz.  Boaz and Ruth were the father and mother of Obed. Obed was the father of Jesse, Jesse the father of King David.”  Jesus was born in the direct line from King David though his son Nathan (see Luke 3:23-31).  There are only godly people in the Messiah’s ancestral line, and Rahab was one of them!

By faith the walls of Jericho fell down after they were encircled for seven
days.  By faith the harlot Rahab did not perish with those who did not be-
lieve, when she had received the spies with peace.

•      James, the author of the general epistle bearing his name, discussed how “…by works faith…[is] made perfect…” (James 2:22).  He only uses two examples from Israel’s past to bolster his argument – the first was Abraham, the father of the Jewish nation.  Abraham showed the extent of his faith by obeying the LORD and offering his son Isaac as a burnt sacrifice to Him! (See Genesis 22:1-19).  God had told the patriarch in Genesis 21:12, “…in Isaac your seed shall be called.”  But, if the lad was killed and offered up to God, how could he produce offspring?  Here is what Hebrews 11:19 tells us (Easy-to-Read Version):  “He believed that God could raise people from death.  And really, when God stopped Abraham from killing Isaac, it was as if he got him back from death.”

The second example James uses was Rahab the harlot in James 2:25.  The author argues that Rahab showed great faith in that she was a gentile heathen (a Canaanite) but she believed that Israel’s God was so powerful that the gods of the tribes of Canaan could not stand before Him – that the land would be won by the Hebrews!  So she made a life-changing decision to embrace Jehovah God of Israel!

What is the main lesson we can learn from all this?  No sinner is beyond the pale of God’s mercy and grace!  No transgressor of the LORD’s righteousness is too great a sinner so as to be refused His salvation!  The Apostle Paul wrote to Timothy, saying, “This is a faithful saying and worthy of all acceptance, that Christ Jesus came into the world to save sinners; of whom I am chief.” (I Timothy 1:15).  He considered himself the chief of sinners because, as he testified in Acts 26:10 and 11:

…many of the saints I shut up in prison, having received authority from the
chief priests; and when they were put to death, I cast my vote against them.
And I punished them often in every synagogue and compelled them to blas-
pheme; and being exceedingly enraged against them, I persecuted them even
to foreign cities.

Yet the LORD saved Saul of Tarsus, transformed the man into Paul the apostle, using him for the glory of God perhaps more than any other person in history!

Consider the thief on the cross who was most likely also an insurrectionist and a murderer (see Mark 15:7).  He looked to Jesus, not as a condemned and crucified man, but as the King!  For he said, “Lord, remember me when You come into Your kingdom.” (Luke 23:42).  What did Jesus tell him?  “Assuredly, I say to you, today you will be with me in paradise.” (Luke 23:43).  This criminal was forgiven and saved!

Come to Jesus Christ!  Put your faith in Him, that He is the only Savior – the only One who can cleanse you of your sins!  No matter how bad you think you are, you are not beyond His saving grace!