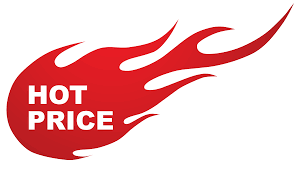 As some nefarious people try to switch price stickers to get an high-priced item for a reduced cost, so Satan practices Switched Stickers!  What do I mean?  I think Isaiah 5:20 through 23 describes what happens when the devil does his dirty work:

Woe unto those who call evil good, and good evil; that put darkness for
light, and light for darkness; that put bitter for sweet, and sweet for bit-
ter!  Woe to those who are wise in their own eyes, and prudent in their
own sight!  Woe to men mighty at drinking wine, woe to men valiant for
mixing intoxicating drink, who justify the wicked for a bribe, and take
away justice from the righteous man!

But God is also not hesitant to call the bad just that – bad!  Now, some may get upset because the Scriptures that I highlight are not considered to be socially and politically correct is some circles.  But they are in the Bible nonetheless!  And if what is said offends someone, that one will have to argue it out with God!

•      Concerning homosexuality:  It is plainly written in…

✞      …the Old Testament in Leviticus 20:13 – “If a man lies with a male as he lies with a woman, both of them have committed an abomination.  They shall surely be put to death.  Their blood shall be upon them.”

✞      …the New Testament in Romans 1:21, 24, 26-28 – “…although they knew God, they did not glorify Him as God…but became futile in their thoughts, and their foolish heart was darkened….Therefore God also gave them up to uncleanness, in the lusts of their hearts, to dishonor their bodies among themselves….God gave them up to vile passions.  For even their women exchanged the natural use for what is against nature.  Likewise also the men, leaving the natural use of the woman, burned in their lust for one another, men with me committing what is shameful…. God gave them over to a debased mind, to do those things which are not fitting….”
You can see that today’s “correct” social outlook is quite different from God’s viewpoint in the Bible!  In a 2013 Pew Research poll (http://www.pewglobal.org/2013/06/04/the-global- divide-on- homosexuality) it was found that 60% of Americans believed homosexuality should be accepted as a legitimate lifestyle, with 33% opposed!  The same poll said 70% of young people, age 18 to 29, agree that homosexuality is an acceptable lifestyle!  Another Pew Research poll conducted in 2015 found that overall 54% of Christians believe homosexuality should be accepted by society!  If God’s directive is correct, then someone has effectively Switched Stickers!

Even among those who claim Christianity as their faith belief, there is a wide division on what is true and what is not.  I was talking to a friend who is lesbian, discussing the issue.  She told me “I view the Bible differently than you do.”  Yes, she has to – since she is holding the belief that God does not condemn homosexuality!

•      Concerning sexual mores in general:  consider what God says in I Corinthians 6:16 through 18 – “…do you not know that he who is joined to a harlot is one body with her?  For ‘The two,’ He [God] says, ‘shall become one flesh.’  But he who is joined to the Lord is one spirit with Him.  Flee sexual immorality.”

This is not just to be applied to an affair with a harlot (a prostitute).  According to Strong’s Greek Dictionary, the Greek word is πόρνη (pronounced porna) translated harlot, whore.  And a related word is πορνεία (pronounced porneia) which is translated fornication in verse 18.  It means “harlotry (including adultery and incest).”  A third related word is πορνεύω (pronounced porneuo), meaning “to act the harlot,” and translated commit (fornication).  Our English word, pornography comes from these Greek words.  It all has to do with behaving like a harlot, either male or female indulging in unlawful sexual actions!  And what is unlawful sexual action in God’s sight?  Among other things (see Leviticus 20:10-21), it is sex outside of marriage! (See Genesis 2:24; I Corinthians 7:9; Hebrews 13:4).

But consider what is so common in our society today – living together without being married!  In an article by Lauren Fox from March 20, 2014 The Atlantic magazine, “The Science of Cohabitation:  A Step Toward Marriage, Not a Rebellion”, she writes:

Cohabitation has increased by nearly 900 percent over the last 50 years.  More
and more, couples are testing the waters before diving into marriage.  Census
data from 2012 shows that 7.8 million couples are living together without walk-
ing down the aisle, compared to 2.9 million in 1996.

Someone has Switched Stickers!  And where God’s Word, the Bible is concerned, that someone is the devil!

✞      And in Romans 8:31 and 32 it is written: “What then shall we say to these things?  If God is for us, who can be against us?  He who did not spare His own Son, but delivered Him up for us all, how shall He not with Him also freely give us all things?”

Which one are you going to believe and follow?  Which Sticker price will you ‘buy’!