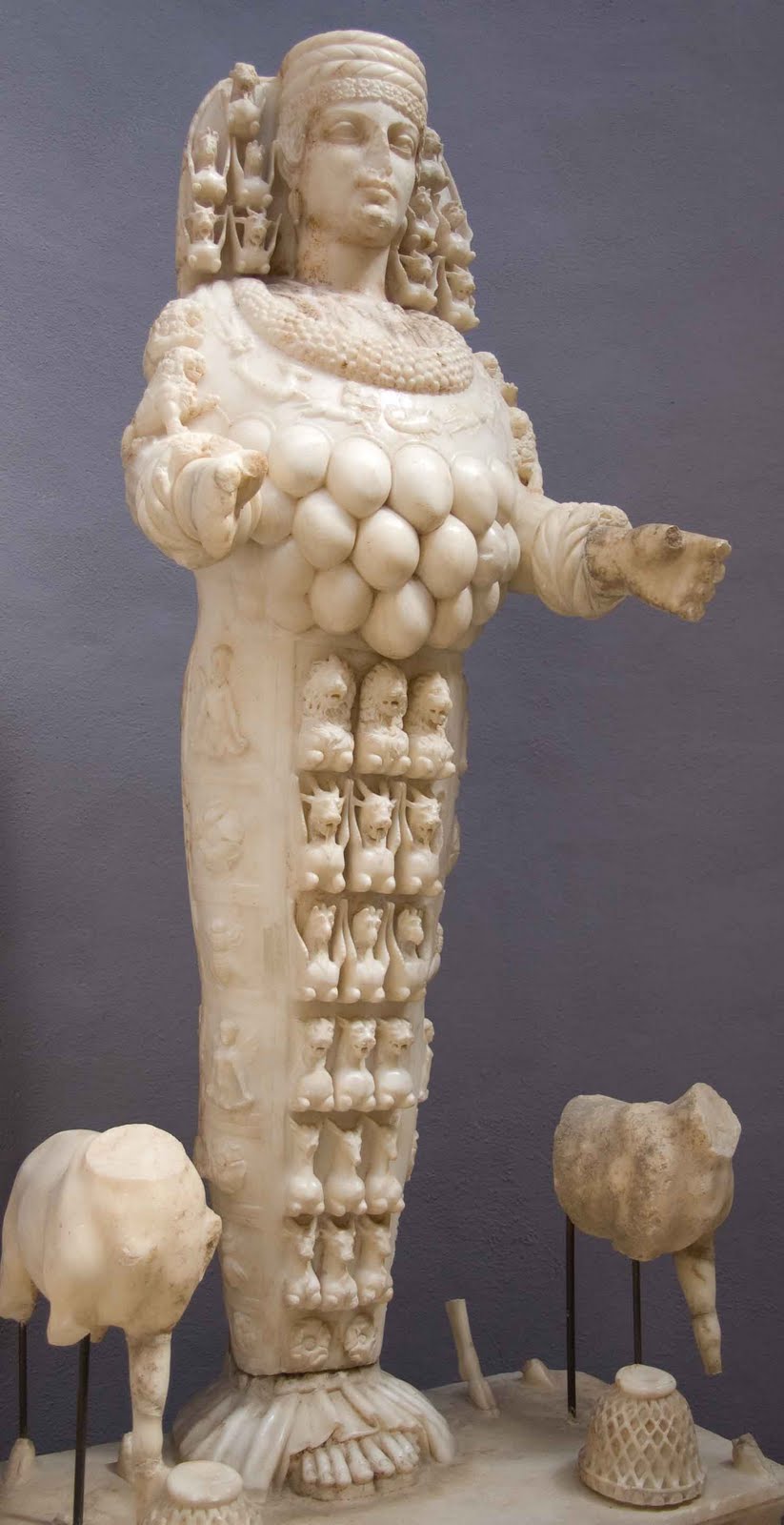 In my daily Bible reading, I was struck by the relevance of Scripture written over two and a half millennia ago!  Ezekiel wrote in the time of Nebachudnezzar, king of Babylon’s reign, during the first decades of the Babylonian Captivity of the Jews – about 592 to 565 BC.  In chapter 8 of his book, Ezekiel describes a series of visions God gave him that deal with Jewish idolatry.  The first is Idolatry Of Jealousy.  Here is Ezekiel 8:3, 5, and 6:

…the Spirit lifted me up…and brought me in visions of God to Jerusalem,
to the door of the north gate of the inner court, where…the image of jeal-
ousy was, which provokes to jealousy….Then He said to me, “Son of man,
lift up your eyes now toward the north.”  …and there, north of the altar
gate, was this image of jealousy in the entrance.  Furthermore He said to
me, “Son of man, do you see what they are doing, the great abominations
that the house of Israel commits here, to make Me go far away from My
sanctuary?”

Jehovah declared in Isaiah 42:8, “I am the LORD, that is My name; and My glory I will not give to another, nor My praise to graven images.”  God is jealous of His name, of His glory, and of the praise due to His person!  He jealously protects these things because He is the only true God (see John 17:3), and there is no other way available to Him and eternal life except through His Son Jesus Christ! (See John 14:6; 17:3; Acts 4:12; I Timothy 2:5).  Trusting anything other than that God-ordained way leads to a wasted life and eternal death! (See Matthew 6:19; Luke 12:20; John 10:1; Revelation 21:8).

This vision that Ezekiel experienced happened before the temple was destroyed by the Babylonians in 586 BC (see Isaiah 64:11; Jeremiah 52:13).  So worship at the Jerusalem temple was still happening at this time – and by such worship, the name (the person) of God was to be glorified and praised!  But the Jewish priests and other leaders had erected the image of jealousy and were bowing down to it!  And they did this in the temple complex – at the door of the north gate of the inner court !  How brazen!  How corrupt!  How pagan!  No wonder God said such worship of this image, “…provokes [Me] to jealousy…”!

This idol they erected is called, “…the image of jealousy….”  Just what does this mean?  It was probably an Asherah pole, along with an altar to receive offerings to this Phoenician goddess!  II Kings 21:7 (International Standard Version) tells us that Manasseh (king of Judah from 687 to 642 BC), “…erected the carved image of Asherah that he had made inside the Temple….”  Translated in the King James Version as “…a graven image of the grove…,” Asherah was the goddess of fertility and happiness!  Often, worship of Asherah involved sexual orgies, and the pole erected in her honor was probably in the image of a phallus!

Two years after Manessah’s death, his grandson Josiah became king.  Twelve years into Josiah’s reign, at 20 years of age (628 BC), it tells us in II Chronicles 34:4 (Modern King James Version) that he “…broke down the altars of the Baals in his presence.  And he cut down the images…and the Asherahs.”  But now, barely 30 years later, the image of Asherah had been replaced – again, right in the temple complex!  No wonder God was angry!  As we read through Ezekiel chapters 8 through 10, we see God was angry enough to remove His presence from the Holy of Holies, the temple complex, Jerusalem itself, and the whole nation of Israel!  And He will not return His glory there until the Millennial temple and worship is established! (See Ezekiel 43:1-5).

Obviously, the Jewish leadership was practicing idolatry in Ezekiel’s day.  Surely we don’t worship Asherah-like idols today!  No, generally we don’t worship physical idols in our enlightened western society as they did back then!  But what is idolatry?  We are told in the Great Commandment of Mark 12:30, “…you shall love the LORD your God with all your heart, and with all your soul, and with all your mind, and with all your strength.” (See also Deuteronomy 6:4, 5; Matthew 22:27; Luke 10:27).  Love Him first and foremost!  Why?  Because “We love Him because He first loved us…and sent His Son to the propitiation for our sins.” (I John 4:19, 10).  And Jesus also told us in John 14:15, “If you love Me, keep My commandments.”  If you love God, obey Him!  And love and obey Him with all your heart, soul, mind, and strength!

If anything is put before loving and obeying God in this way, it is idolatry – idolatry as blatant as that which was practiced long ago by the Jewish leaders of Ezekiel’s day!  And God will not manifest His glory and power in the life of someone who is practicing idolatry!  So heed what two Scripture writers tell us…