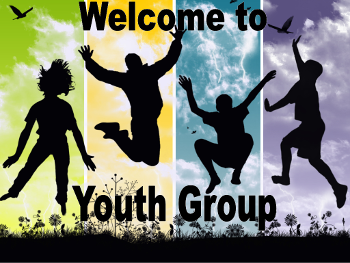 I want to share with you another instance of God’s miraculous healing of past wounds through our involvement at Patterson Grove, the old Methodist campmeeting where we have a cottage.  The featured Scripture again is Joel 2:21, 25, and 26:

A long time ago, the locust had eaten my teenage years!  Because I had no father in the family since age ten, I ran wild – my mother having just enough energy to hold down a factory job, and not much more to corral three teenage boys!  The opinion among many of my mother’s acquaintances who the family situation was this:  “Those Norton boys will never amount to anything! ”  I bought into that thinking, and lived it out!  Hence, I had little self-confidence!  In high school I gravitated toward the ‘out crowd’ while longing to be part of the ‘in crowd’ – the popular classmates whose ease of interaction with one another I envied.  I drank a lot, and – as I remember it – I was drunk as much as I was sober!  I never even had the confidence to date any young ladies from my school.  I chose to date those girls who ran with my raucous friends!  I lost my teen years – I thought never to be reclaimed again!

At Patterson Grove in 1988 they asked me to be the senior high youth leader.  I took the job for the fifteen days of campmeeting, and did the best I could.  I was youth leader again in 1990.  For the next eight years I was involved as camp pastor at our Baptist camp 30 miles south of where I was the minister of a church.  Then in 1999, those who were in charge of planning the camp-meeting again asked me to be senior high youth leader.  I was 53 years old!  I said to them, “You’re getting desperate! ”  They replied, “Well, you did a good job several years ago, and we need a youth leader.”  I accepted!

That campmeeting of 1999 we had 56 teenagers!  Most of them were there with their families who owned cottages.  Some were locals who showed up every day.  So I did not have almost three-score teens 24/7!  I fell in love with those teens, and they loved and respected me!  I worked hard putting together interesting Bible studies, teaching them about Jesus as only Savior and Lord.  I also held interesting and fun ‘extra curricular activities’ – designing some myself, like a treasure hunt that led the teams to clues all over the five acres of Patterson Grove.  Toward the end of the fifteen days of camp- meeting we painted a mural on the wall of the youth pavilion.  Then the teens signed all their names on the right side of the mural.  Some of the youth got together and painted three words among all the names:  “We love Chip”!  Eighteen years later, I sometimes go into the pavilion to read those three words, and remember what I call ‘The magic summer’!

Why was that ‘The magic summer’?  On the way home after campmeeting, I realized that God had done what is written in Joel 2:  “…I will restore to you the years that the…locust has eaten….”  Somehow the Lord had reached back and healed the emptiness of my own teenage years!  I no longer had – or have – that hole in my life! How did God do it?  How did He reach back and heal brokenness almost four decades old?  I don’t know!  All I know is that He did it!

I AM WHO I AM….Thus you shall say to the children of Israel:  “The
LORD God of your fathers, the God of Abraham, the God of Isaac, and
the God of Jacob, has sent me to you.  This is My name forever, and this
is My memorial to all generations.”

Jesus quoted this passage from Exodus in Matthew 22:31 and 32, in His argument against the belief of the Sadducees that there is no afterlife and no resurrection of the dead:

In his commentary, Through the Bible Day by Day, F. B. Meyer wrote:

The great I AM would never have spoken of Himself as the God of the patri-
archs, centuries after their earthly career had closed, unless they had been
living somewhere still.  It was certain that they were all alive; otherwise God
would have said, “I was their God.” (emphasis mine).

So God’s healing power was (is) present almost 40 years ago.  He reached back, healed the emptiness, and applied it to my life decades later through my interaction with that wonderful youth group at Patterson Grove!  Surely He has fulfilled verse 26 of our featured Scripture:  “…you shall eat in plenty and be satisfied, and praise the name of the LORD your God, who has dealt wondrously with you; and My people shall never be put to shame.”