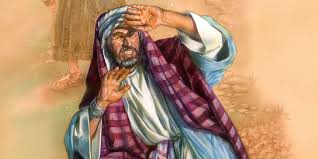 We saw Paul’s statement in Philippians 3:7 and 8 concerning his Gain, Loss, And Gain:

But what things were gain to me, these I have counted loss for Christ.
But indeed I also count all things loss for the excellence of the know-
ledge of Christ Jesus my Lord, for whom I have suffered the loss of all
things, and count them as rubbish, that I may gain Christ.

We covered the first Gain of our title in our last blog.  Paul stated, “…I…count them [the gains] as rubbish…”  What were the Gains?

•      His pure Israelite pedigree – so highly prized by most Jews.

•      His standing as a Pharisee – a scholar-of-Scripture position demanding respect.

•      His zeal for his Jewish religion, worshiping the one true God – which, out of that zeal, he was fanatically persecuting the church.

But as a dedicated believer in and follower of the Lord Jesus, he firmly stated, “…what things were gain to me, these I have counted loss for Christ.”  And then he elaborated, “…indeed I also count all things loss…and count them as rubbish…”!  Why would Paul trash that which was before so important to him?  It was because of “…the excellence of the knowledge of Christ Jesus my Lord….”

Two blogs ago, in Beware Of Blessings, I discussed the often-misunderstood truth that the devil is “…the god of this world…” (see II Corinthians 4:4 – King James Version).  And, according to Luke 4:5 and 6, he has control of “…all the kingdoms of the world…and the glory of them…,” which he usurped from our first parents.  While God is in ultimate control, and Satan can only go as far as God allows (see Job 1:12; 2:6), the evil one pulls the strings on this world’s societies!  That’s why the world is in such a mess with “…wars and rumors of wars…famines, pestilences, and earthquakes… many betraying one another, and…hating…one another.” (Matthew 24:6 and 7).

Saul of Tarsus, before he became Paul the Apostle, was an enemy “…of the cross of Christ…” (Philippians 3:18), and so he was under the dominion of the devil!  Even as an ultra-religous Pharisee, Saul “…walked according to the course of this world, according to the prince of the power of the air, the spirit who now works in the sons of disobedience…” (Ephesians 2:2).  And the input that this godless world instilled in Saul’s mind was opposed to what the Lord God wanted him to know!  He had to have a drastic mind-shift – a complete change of his world view – in order to be of use to God!  And so he had to ‘dump’ all the rubbish of which before he was so proud, counting it loss for Christ !

Now, a Pharisee was well-trained in the Old Testament Scriptures.  And God testifies in Isaiah 55:11:  “…My word…that goes forth from my mouth…shall not return to Me void, but it shall accomplish what I please, and it shall prosper in the thing for which I sent it.”  So when God’s plan of salvation came to Saul on the Damascus Road (see Acts 9:1-6), much of what this Pharisee had learned in his extensive training in the Scriptures came home to him, and was useful in his Christian life!  Likewise, early Christian training – as when a boy or girl is taken to Sunday school and Vacation Bible School, and is taught the truth – is profitable when that one opens his or her heart in later life to the Lord Jesus Christ!

The mind-shift – the change of world view, that Paul had undertaken – was why he could say, “But what things were gain to me, these I have counted loss for Christ.”  He dumped the rubbish – what Christ called in Mark 7:7 and 8, “…the commandments…the tradition of men….”  Paul had found something much better – “…the excellence of the knowledge of Christ Jesus my Lord…”!

How about you?  What is your world view?  Is it the way of the world – the way of Satan?  Do you need to dump the rubbish and fill the voids with the excellence of the knowledge of Christ ?  One of the best ways to do this is to heed what the apostle wrote in Philippians 4:8 (American Standard Version):

Paul counted “…all things loss for the excellence of the knowledge of Christ Jesus my Lord….” (Philippians 3:8).  What if we did the same?