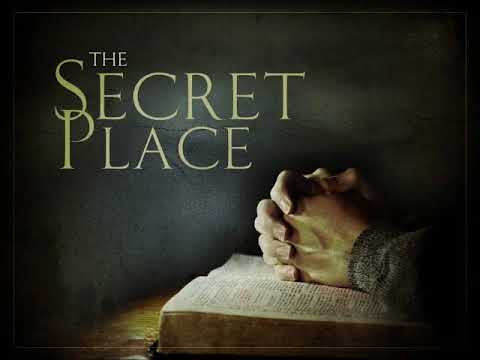 There is a story falsely attributed to National Geographic magazine that was supposed to have occurred after a forest fire in Yellowstone National Park in 1989.  Although it never actually happened according to Yellowstone and NG officials, it is still a wonderful parable from nature!  Here it is:

After a forest fire in Yellowstone National Park, forest rangers began their
trek up a mountain to assess the inferno’s damage.  One ranger found a bird
literally petrified in ashes, perched statuesquely on the ground at the base of
a tree.  Somewhat sickened by the eerie sight, he knocked over the bird with a
stick.  When he gently struck it, three tiny chicks scurried from under their
dead mother’s wings.

The loving mother, keenly aware of impending disaster, had carried her off-
spring to the base of the tree and had gathered them under her wings, instinc-
tively knowing that the toxic smoke would rise.  She could have flown to safety
but refused to abandon her babies.  When the blaze had arrived and the heat
had scorched her small body, the mother had remained steadfast.  Because she
had been willing to die, those under the cover of her wings would live.

Jesus, in His High-Priestly prayer, said this in John 17:17:  “Sanctify them by Your truth.  Your word is truth.”  He was referring to the Old Testament, which was all the Scripture available at that time.  So our featured Scripture of Psalm 91:1 through 4 is true!

He who dwells in the secret place of the Most High shall abide under the
shadow of the Almighty.  I will say of the LORD, “He is my refuge and
my fortress; my God; in Him will I trust.”  Surely He shall deliver you
from the snare of the fowler and from the perilous pestilence.  He shall
cover you with His feathers, and under His wings you shall take refuge;
His truth shall be your shield and buckler.

There are a couple of things I want to emphasize here:

•      There are conditions to having God protect you under His wings!

There are other passages that can add to the description of the two natures – Satan’s and natural man’s – but these will give you an idea that the devil’s nature is within unregenerate man!

▸      In Old Testament times, the secret place of the Most High was the Holy of Holies – the inner sanctum of the tabernacle (and later the temple) where only the High Priest could enter once a year with the blood of the Passover sacrifice! (See Hebrews 9:7).

▸      But abiding under the shadow of the Almighty is not just an occasional visit to the throne of God.  It is he who dwells in the secret place of the Most High!  As David prayed in Psalm 23:6, “…I will dwell in the house of the LORD forever.”  Enter the inner sanctum of God and live there!

We will stop here and finish on Friday when we will look at how Jesus applied this concept of Under His Wings to the inhabitants of Jerusalem.