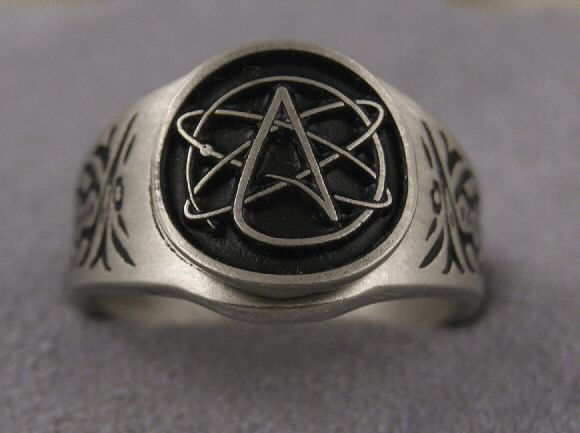 Two men worked in the office of a large company.  One was a dedicated Christian who tried to share his faith with his co-workers in a non-offensive way.  But the other man claimed to be an atheist, and he held the Christian man in contempt, often poking rather cruel verbal jabs at his co-worker’s belief in God and the Bible.  One day, fed up with the atheist’s comments, he told the unbeliever, “You know, the Bible actually has a verse that speaks about you.”  The atheist smirked and asked, “And just what might that be?”  “It’s in Psalm 14:1,” he told him, “and it says, ‘The fool has said in his heart, “There is no God.”’ ”

Why is an atheist called a fool in verse1?

•      The first reason is a logical argument!  Russian cosmonaut, Yuri Gagarin was the first human in space when his Vostok 1 spacecraft orbited the earth on April 12, 1961.  It has been reported that when he returned to earth he said, “I looked and looked, but I didn’t see God.”  According to Gagarin’s friend, Colonel Valentin Petrov, there is no record of the cosmonaut saying these words.  But they echo what Russian premier Nikita Khrushchev said in a speech at the plenum of the Central Committee of the CPSU about the state’s anti-religion campaign:  “Gagarin flew into space, but didn’t see any god there.”

Why is the first reason a logical argument?

▸      Because saying, “There is no God,” when we haven’t seen Him is illogical compared to the plain statements of Scripture!

✞      John 4:24 – Jesus told the Samaritan woman at Jacob’s well that “God is spirit….”  Spirits, unless they chose otherwise, are generally invisible to mortal human beings!

✞      I Timothy 1:17 – Early in this epistle, Paul writes what seems like a benediction that belongs at the end:  “Now to the King eternal, immortal, invisible, to God who alone is wise, be honor and glory forever and ever.  Amen.”  How can anyone see someOne who is invisible?

▸      Because saying, “There is no God,” implies that you know everything there is to know!  If you don’t know absolutely everything, something that you don’t know just might be God!  So a claim of atheism is not only illogical, but very egotististical!

•      In our featured Scripture of Psalm 14:1 through 3, David gives important information concerning atheists:

▸      Verse 1 – “They are corrupt, they have done abominable works, there is none who does good.” There are those who do not believe there is a God who have accomplished good – and even great – works that benefit society.

      Stephen Hawking – ranked 25th in the BBC’s poll of the 100 Greatest Britons in 2002, Hawking is a brilliant theoretical physicist, cosmologist, author and Director of Research at the Centre for Theoretical Cosmology within the University of Cambridge.

      Alan Turing – has been called the founder of computer science, and the founder of artificial intelligence.  He was instrumental in cracking German codes during World War II.

      Thomas Alva Edison – called “the wizard of Menlo Park,” Edison has been described as America’s greatest inventor!  He held 1,093 patents in his name, and is remembered especially for electitric lighting, power utilities, sound recording, and motion pictures.

By society’s standards, they are/were great human beings!  But by God’s perfect standards (see Matthew 5:48) they fell far short!  Only in Jesus Christ can we overcome corruption, abominable works, and be good in God’s eyes! (See II Corinthians 5:21).

▸      Verse 3 – “They have all turned aside, they have together become corrupt; there is none who does good, no, not one.”  Sin has infected all of the human race! (See Romans 5:12).  Isaiah 64:6 tells us that sin has so marred us, even “…our righteousnesses are like filthy rags….”  If our righteousnesses – the very best we can do from a human standpoint – are like filthy rags before God, what do our sins look like to Him?  Is it any wonder we all need someOne else to pay for our sins and make us acceptable to God? (See I Corinthians 15:3; Galatians 3:13; Ephesians 1:6; I Peter 2:24).

Here is the kicker:  It is not just atheists who stand eternally condemned before God!  It is every one of us (see Romans 3:10, 23) before we receive His salvation provided for us by the sacrifice of Jesus dying for our sins! (See I Thessalonians 5:9; II Timothy 3:15).  So, please, as Paul wrote in II Corinthians 5:20, I “…implore you on Christ’s behalf, be reconciled to God.”