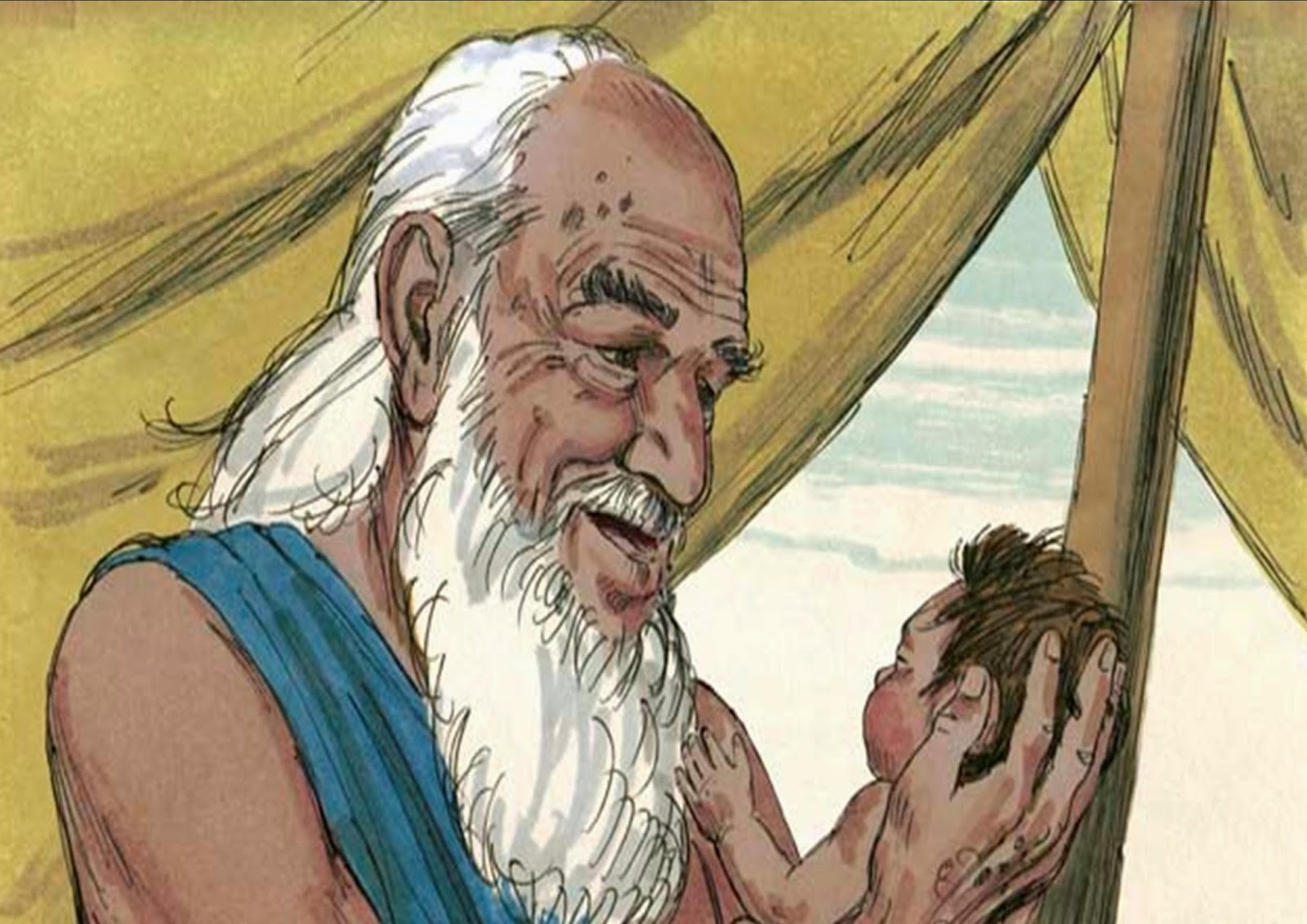 Today, let’s consider Two sons of Abraham, Ishmael and Isaac.  The featured Scripture is from two different chapters.  We will get to that in a moment.

Ishmael and Isaac, Two different mothers by one father, and Two very different outcomes of their lives!  God had promised Abraham three different time previously September 26, 2017that he would have offspring – countless offspring!

•      Genesis 15:4 and 5 – “…the word of the Lord came to him, saying, ‘…one who will come from your own body shall be your heir.’  Then He brought him outside and said, ‘Look now toward heaven and count the stars if you are able to number them….So shall your descendants be.’ ”  By the way, the number of stars Abraham could see on a cloudless, moonless night was about 2,500!

But Abraham and Sarah got impatient! And so the Two sons of Abraham had Two different origins!

•      Genesis 16:1 and 2 – “So Sarai said to Abram, ‘See now, the LORD has restrained me from bearing children.  Please go in to my maid…Hagar…; perhaps I shall obtain children by her.’  And Abram heeded the voice of Sarai.”

Perhaps we should briefly consider why Abraham and Sarah were previously known as Abram and Sarai !  Abram means “exalted father” according to The New Scofield Reference Bible.  Abraham means “father of a mulitude” – reflective of what God intended to accomplish through this patriarch.  This name-change is recorded in Genesis 17:5.  In verse 15 of the same chapter, Sarai also had a name-change!  Sarai, means “dominative”, but Sarah means “a mistress – a female noble…princess.” (Strong’s Hebrew Dictionary.)  Both husband and wife were given new names to reflect God’s purpose for them after He gave them new and Godly natures! (See Ezekiel 11:19; 36:26; II Corinthians 5:17).

Hagar, Sarah’s maid, became pregnant, and we are told Genesis 16:15 and 16, “So Hagar bore Abram a son; and Abram named his son…Ishmael. Abram was eighty-six years old when Hagar bore Ismael….”  Ishmael was the offspring of man’s attempt to help God fulfil His promises!  But God does not need any help – unless He so directs us to take part.  Ishmael was trouble from the start!

✡      Genesis 16:4 – “…when…Hagar…saw that she had conceived, her mistress became despised in her eyes.”  Hagar, being Sarai’s servant, was to be in submission and obedience to her mistress.  But when she became pregnant and barren Sarai could not conceive, Hagar held Sarai in contempt!

✡      Ishmael was 14 years old when Isaac was born (compare Genesis 16:16 with Genesis 21:5).  Just before that God assured the elderly patriarch in Genesis 17:15 and 16:  “…I will bless…Sarah…and also give you a son by her; then I will bless her, and she shall be a mother of nations; kings of peoples shall be from her.”  But by this time, Abraham was 99 and Sarah 89! (See Genesis 17:1, and compare it with Genesis 17:17).  Apparently the old man was having a hard time believing that God could/would give them a son at their age!  So in Genesis 17:18 Abraham pleaded with God, “Oh, that Ishmael might live before You! ”  The lad was obviously not exemplifying a Godly life!  Any parent who has beseeched the LORD to intercede in the life of a wayward son or daughter would understand this.

…Abraham made a great feast….And Sarah saw the son of Hagar the
Egyptian…scoffing.  Therefore she said to Abraham, “Cast out this
bondwoman and her son; for the son of this bondwoman shall not be
heir with my son…Isaac.”

It broke Abraham’s heart to send Ishmael and his mother away (see Genesis 21:11).  But God assured him, “Whatever Sarah has said to you, listen to her voice; for in Isaac your seed shall be called.  Yet I will also make a nation of the son of the bondwoman, because he is your seed.” (Genesis 21:12 and 13).

✡      And Ishmael did become a multitudinous nation!  Muslims point to Abraham as their founding father.  However they trace their lineage through Ishmael, not through Isaac!  They say that it was Ishmael whom Abraham offered upon the altar, not Isaac! (See Genesis 22:1-19 for the Biblical account).

Do not become so impatient with the LORD’s fulfillment of His promises that you feel you need to step in and help Him!  His timing is perfect!

More on these Two sons of Abraham in the next blog.