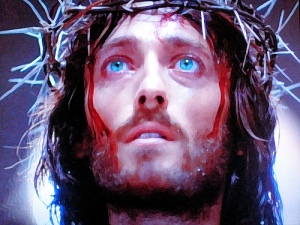 The featured Scripture for our third study of Eyes says nothing about Eyes! …at least not directly.  Here is Philippians 2:5 through 8:

I chose the American Standard Version because it makes a little clearer the idea that the Apostle Paul is trying to convey.  For instance, seven of the fifteen versions I have on my computer Bible application follow the idea contained in Philippians 2:5 of the International Standard Version:  “Have the same attitude among yourselves that was also in the Messiah Jesus….”  The ASV (above) conveys the proper wording:  “Have this mind in you, which was also in Christ Jesus…”

•      Having the same attitude that was also in Jesus implies something that we are to do – conform our thinking to the way Jesus thought!  A pretty good idea.

If we do not allow Him complete control over our lives (Compare Mark 12:30 with John 14:15), chaos can result!  He might be sending a signal to the right hand to reach out and bless someone.  But the left foot, with a mind of its own, decides instead to give a swift kick to the one God wants to bless!  Here is the best way to give over proper control to the Lord:  Continually pray what Jesus prayed in Luke 22:42:  “…nevertheless, not My will, but Yours, be done.”  If we do this, we will then be controlled by His mind, not ours!

Back to Eyes and how to apply this idea to our featured Scripture:  If “…we have the mind of Christ…” (I Corinthians 2:16) in and through us, we will see things the way the Lord Jesus saw them!  Here are the first two of seven Scriptural examples:

•      Matthew 8:23 through 26 – “…[Jesus] got into a boat, [and] His disciples followed Him.  And suddenly a great tempest arose on the sea [of Galilee], so that the boat was covered with the waves.  But He was asleep.  Then His disciples…awoke Him, saying, ‘Lord, save us!  We are perishing!’  But He said to them, ‘Why are you fearful, O you of little faith?’  Then He arose and rebuked the winds and the sea.  And there was a great calm.”

✞      How did the disciples see this incident?  Remember, four of the disciples – Peter, Andrew, James, and John were professional fishermen on the Sea of Galilee when Jesus called them (see Matthew 4:18-21).  They knew this dangerous body of water…dangerous because a storm could whip the waves into a frenzy on short notice!  So it must have been a severe storm for these disciples – seasoned career fishermen among them – to believe their lives were threatened!

✞      Jesus perceived the situation differently! He knew that all creation was under His command!  In Genesis 1 we read “…God said…” eight times! (See verses 3, 6, 9, 11, 14, 20, 24, 25).  And in John 1:3 and Colossians 1:16 it is written, “All things were made through [Jesus]…and without Him nothing was made that was made….For by Him all things were created…through Him and for Him.”  As the psalmist wrote in Psalm 33:9 (Good News Bible):  “When He spoke, the world was created; at His command everything appeared.”  His word is that powerful!  So in the dangerous situation on the Sea of Galilee, it is simply recorded in Mark 4:39, “Then He arose and rebuked the wind, and said to the sea, ‘Peace, be still!’  And the wind ceased and there was a great calm.”

✞      How should the disciples have viewed the situation?  They should have called to mind what they had been taught in the Hebrew Scriptures:

By trusting in God’s Word, they would have known they were safe – even in a dangerous situation!  Do you so know the Scriptures?  Do you so trust?

•      Matthew 16:21through 23 – “…Jesus began to show to His disciples that He must go to Jerusalem…suffer…be killed, and raised again the third day.  Then Peter…rebuked Him, saying, ‘…Lord; this shall not happen to You!’  But He…said to Peter, ‘Get behind Me, Satan! …you are not mindful of the things of God, but…of men.”

✞      Peter – as he was so often a spokesman for all the disciples – in his love and concern for his Lord, did not want Jesus to suffer and be killed !  But he was looking at Christ’s statement not just from his own human point of view, but also through Satan’s Eyes!  Obviously, the devil did not want salvation to come into the world!  This would destroy his goal of taking God’s place! (See Isaiah 14:12-14; II Thessalonians 2:4).

We will examine the last five examples of looking through the Eyes of the Lord in the next blog.