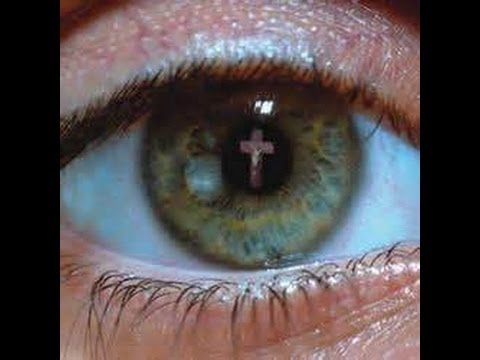 Once more, here is our featured Scripture from Philippians 2:5 through 8 (American Standard Version):

“Have this mind in you, which was also in Christ Jesus….”  If His mind is in us, through us, and guiding our every action, then we will see things as He did and respond accordingly!  I have chosen seven Scriptural incidences that show how the disciples viewed things as opposed to how Jesus saw things!  In the first six that we have examined, there is a big difference between the two viewpoints!  Let’s go on to the last one of the seven…

•      John 9:1 through 3 – “Now as Jesus passed by, He saw a man who was blind from birth.  And His disciples asked… ‘Rabbi, who sinned, this man or his parents, that he was born blind?’  Jesus answered, ‘Neither…but that the works of God should be revealed in him.’ ”

✞      The disciples interpreted the man’s blindness to sin, either this man having sinned or his parents!  That type of thinking was common among the Jews, and the Scriptures seemed to back it up!  Here is just a brief sampling of the Old Testament Scriptures with which the disciples would be familiar:

▸      Psalm 34:15 and 16 – “The eyes of the LORD are on the righteous, and His ears are open to their cry.  The face of the LORD is against those who do evil, to cut off the remembrance of them from the earth.”

▸      Proverbs 11:31 – “If the righteous will be recompensed on the earth, how much more the wicked and the sinner.”

▸      Proverbs 13:21 and 22 – “Evil pursues sinners, but to the righteous, good shall be repaid.  A good man leaves an inheritance to his children’s children, but the wealth of the sinner is stored up for the righteous.”

So in the disciples’ Eyes, someone’s sins had caused this man to be born blind !  If you read through the book of Job, you will find the same kind of thinking in the three ‘friends’ who came to comfort Job!  Since Job was going through such awful trials, those three knew that he must be a terrible sinner! (See for instance Job 22:4-11).

✞     But Jesus saw it differently!  “Neither this man nor his parents sinned, but that the works of God should be revealed in him.”

▸      This gives us pause!  In verse20 and 21 of the chapter, the man’s parents told the Pharisees, “We know that this is our son, and that he was born blind; but by what means he now sees…or who opened his eyes, we do not know.  He is of age; ask him.”  Adam Clarke, in his Commentary on the Bible, writes this:  “He is of age…literally, he has stature, i.e. he is a full-grown man….Mature age was fixed among the Jews at thirty years.”  You mean that this man had to suffer blindness for at least thirty years so the works of God should be revealed in him?!!  Is that fair?

▸      But we are told in Isaiah 55:8 and 9, “‘…My thoughts are not your thoughts, nor are your ways My ways,’ says the LORD.  ‘For as the heavens are higher than the earth, so are My ways higher than your ways, and My thoughts than your thoughts.’ ”  And Paul wrote in Romans 11:33, “Oh, the depth of the riches of both the wisdom and knowledge of God!  How unsearchable are His judgments and His ways past finding out! ”

▸      Think of it: what works of God were revealed in the healing of the blind man?

➨      God’s miraculous power was revealed !  In verses 8 through 12 of John 9:  “…the neighbors and those who previously had seen he was blind…” were amazed and realized something great had been done!  The man who was healed told the Pharisees in John 9:32, “Since the world began it has been unheard of that anyone opened the eyes of one who was born blind.”  Although this was a powerful testimony the Pharisees refused to believe!  Some of the others might have come to faith in Christ because of this miracle!

➨      If no one else came to faith in the Savior, the once-blind man did! (See John 9:35-38).  Is thirty years of being blind worth salvation and forever being reconciled to God – even for one person?

➨      This was one more proof that Jesus was indeed the Christ – all that He claimed to be!  What He told His disciples in John 14:11 applies to all who are exposed to the powerful Son of God:  “Believe Me that I am in the Father, and the Father in Me, or else believe Me for the sake of the [miraculous] works themselves.”

So when you or I might be going through hard trials, perhaps with no end in sight, remember, the works of God might very well be revealed in us because of those trials! (See Paul’s testimony in II Corinthians 12:7-10 and Philippians 3:7-14).