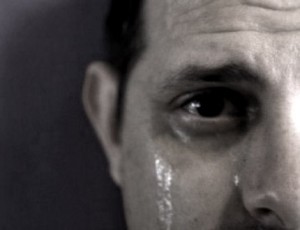 I shared in last Friday’s blog that my dear friend told me he had put his faith in the Lord Jesus Christ.  I have been daily praying for him for 50 years!  Heeding Matthew 7:7 through 11 (Friday’s featured Scripture), I kept asking, seeking, and knocking at God’s door for the salvation of my dear friend!  Now, I am not a super Christian.  Yes, I have been a Baptist pastor for 44 years – now retired.  But I deal with doubts and discouragements like anyone else!  However, I also take seriously such Bible directives as…

•      II Timothy 2:15 (Modern King James Version) – “Study earnestly to present yourself approved to God, a workman that does not need to be ashamed, rightly dividing the Word of Truth.”

…and many more Scripture passages directing believers to read and
study God’s Word, the Bible!

And here is what I have discovered concerning praying for the salvation of my friend!  I will start with I John 5:14 and 15:

Now this is the confidence that we have in Him [Jesus Christ], that if we
ask anything according to His will, He hears us.  And if we know that He
hears us, whatever we ask, we know that we have the petitions that we
asked of Him.

I am to be asking according to His will! It is more than just saying “…if it is Your will…” at the end of our prayers.  It means searching the Bible to find out whether of not what we are asking is God’s will!  I found two Scriptures that directly pertain to my 50 Years Of Praying for my friend:

•      II Peter 3:9 – “The Lord is…not willing that any should perish but that all should come to repentance.”

These two Scriptures definitely tell us what God’s will is concerning the conversion of the unsaved!  God’s will is that my dear friend would be saved!  So according to what the Bible says, I am praying in the will of God when I have been praying for his salvation – and when I pray for the salvation of anyone else!  And according to the I John passage above, when I pray in God’s will, I can expect a positive answer to my prayers!  This has encouraged me to ‘keep on keeping on’ through my 50 Years of Praying!  I did not know how God was going to do it, or when!  But I did know that He would!

It reminds me of Mrs. Davidson, a member of the first church I pastored.  I never met her for she had died before I was called there.  But I heard about this faithful woman from several of the older members.  Mrs. Davidson had five sons, and as they got older, four out of five of them did not manifest great interest in the Lord and were not active in the church.  One son was, but he did not seem to have a strong faith.  Someone asked their mom if she was concerned about her five boys, now grown, not being where they should be in the Lord.  She told the one who asked,

No, I am not worried.  I pray for my boys every day.  And I picture God put-
ting my prayers and tears in a bottle and putting the cork in the top.  One day
He will open that bottle and pour out my prayers on each one of my boys.
They will come back to the Lord and be active in His church.

Over the years – and after she had gone home to glory – all five of her sons returned to follow Christ and joined the church.  The last was Frank.

Frank never did leave the church.  He attended regularly, and even served on the Board of Deacons – for almost 50 years!  (I discovered that church did not have a good understanding of the qualifications of board members!)  At one of the first deacons meeting I attended as pastor, I asked Frank to close with a prayer.  “Couldn’t say a word!” was his answer!  He never had prayed or would pray in public!

A year later we had a week of revival services featuring evangelist Bob Boyd.  I was concerned for my parish, and fasted and prayed the last day, asking God to send revival in our church.  At the close of the service that evening, the invitation was given, and I looked up to see Frank coming toward the front.  I asked him, “Frank, why are coming forward?”  He told me, “I want to accept Jesus as my Savior!”  Mrs. Davidson’s prayers were being poured out!  By the way, Frank had no trouble praying in public when asked after that.

Keep on praying for the salvation of your loved ones – even if it is 50 Years Of Praying!  You are praying according to the will of God, and God has promised to answer your petitions!