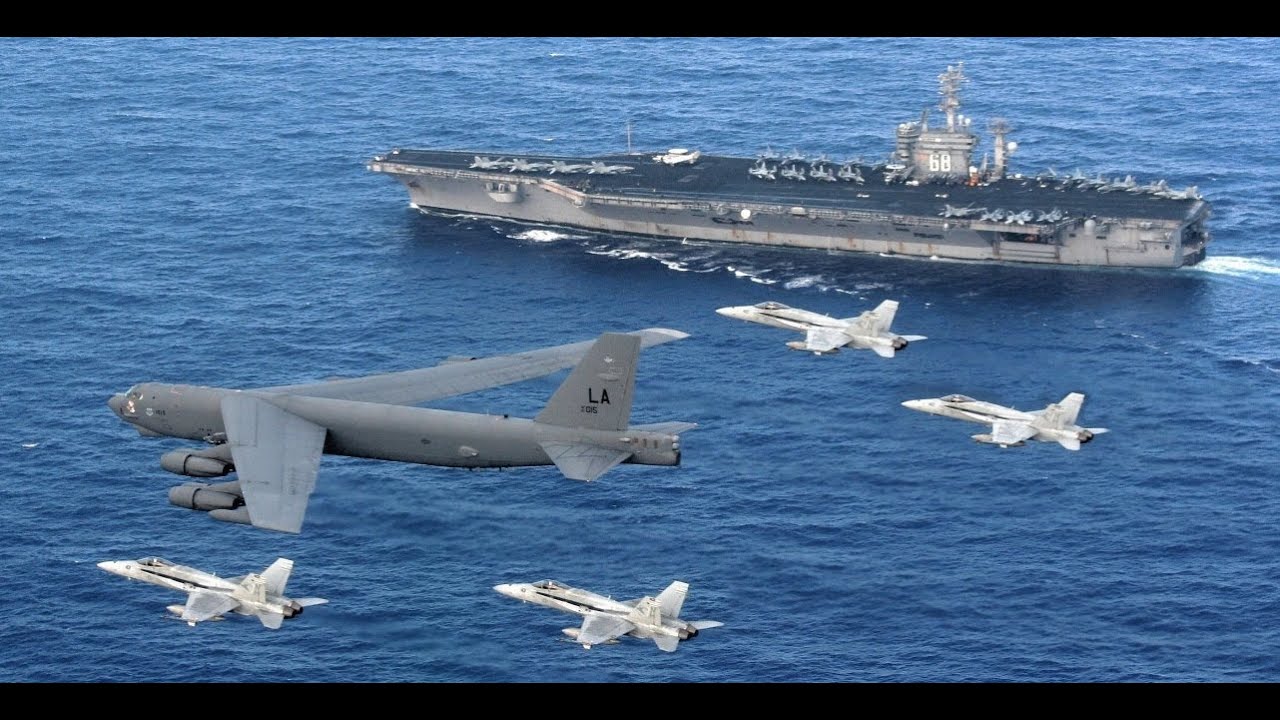 Wherein stands the Might of a nation?  What makes a kingdom mighty?  Is it a large and powerful military?  Is it powerful and sophisticated weaponry?  Is it large expenditures on military readiness and defense?  Here is God’s take on it all as written in Psalm 33:16 through 22:

No king saved by the multitude of an army; a mighty man is not delivered
by great strength.  A horse is a vain hope for safety; neither shall it deliver
any by its great strength.  Behold, the eye of the LORD is on those who
fear Him, on those who hope in His mercy, to deliver their soul from death,
and to keep them alive in famine.  Our soul waits for the LORD; He is our
help and our shield.  For our heart shall rejoice in Him, because we have
trusted in His holy name.  Let Your mercy, O LORD, be upon us, just as we
hope in You.

According to the Bible, it is not the size and Might of a nation’s military, or how many sophisticated weapons there are in its arsenal!  The Might of a nation is dependent upon its people’s relationship to the Lord God Almighty!  Here are several more Scripture passages that highlight this truth:

•      II Chronicles 16:9 – “…the eyes of the LORD run to and fro throughout the whole earth, to show Himself strong on behalf of those whose heart is loyal to Him.”

•     Proverbs 21:30, 31 – “There is no wisdom or understanding or counsel against the LORD.  The horse is prepared for the day of battle, but deliverance is of the LORD.”

•      Isaiah 31:1 – “Woe to those who…rely on horses, who trust in chariots, because they are many, and in horsemen, because they are very strong, but who do not look to the Holy One of Israel, nor seek the LORD! ”

All the above Scriptures (and there are more of them) are from the Old Testament and directly apply to Israel.  That nation – formed from the progeny of one man, Abraham – existed for about 1,500 years.  The historical record of Israel during those years shows such prophetic declarations of God to be very true!  When the Jewish people were dedicated to Jehovah, things went well for them personally and nationally!  When they turned from God to idolatry, their strength and security diminished – finally to the point where Israel ceased to exist as a nation!

I hope you get the idea of how all this applies to us.  As far as the United States of America – or any other nation – is concerned, our strength, freedom, prosperity, and protection is dependent upon God and our relationship to Him!  There is a single verse of Scripture that summarizes this whole concept – Proverbs 16:7:  “When a man’s ways please the LORD, He makes even his enemies to be at peace with him.”  It is true for the individual and it is true for the nation!  We can then paraphrase it this way:  “When a nation’s ways please the LORD, He makes even that nation’s enemies to be at peace with it.”  How many problems that entangle our country today would be solved if our enemies were at peace with us?

Keep this in mind during this election year and as we celebrate Independence Day, July 4th:  Where must the Might of the United States of America be grounded?