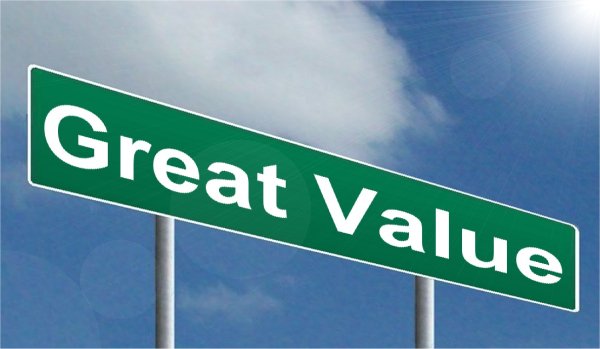 How precious are you to God, Christian?  I, for one, have trouble wrapping my mind around the death of Jesus on the cross.  He – the Son of God, God the Son, God Himself! – died for me, in my place!  The sinless One for the sinful one – me!  And that was multiplied billions of times over, for Jesus Christ paid for the sin of all sinners, past, present and future!

But what was the cost of redeeming the Israelites from slavery in Egypt?  We saw in the last blog that a lamb was slain for each family, the blood applied to the doorway of their houses, and the angel of death passed over those so marked!  That blood-deliverance foretold the blood shed on Calvary’s cross – the purchase price of salvation – that God might pass over the judgment due us!

The Israelites could not grasp the Messiah’s death in their place.  God’s advent, life, death and resurrection would not occur for 1,400 more years!  So how could they know the high price paid for salvation?  But God gave them a preview by sacrificing the firstborn of all Egypt, both man and beast!  Here is Exodus 12:29 and 30:

How many were killed that night we do not know.  The scriptural record doesn’t tell us.  But it must have been thousands!  God might have given us a hint by the census of “…all the firstborn males among the children of Israel…from a month old and above…twenty-two thousand two hundred and seventy three.” (Numbers 3:42, 43).  It is possible that God traded evenly – the Egyptian firstborn for Israel’s firstborn.

How much does God love us?  What price does He put upon our worth to Him? Are His children worth over twenty-two thousand unbelievers?  It reminds me of what happened when Peter was delivered by the angel from Herod’s prison in Acts 12.  The king had intended to kill him as “…he killed James the brother of John with the sword.” (Acts 12:2).  But the preceding night, an angel miraculously released Peter from his chains and the prison cell where he was guarded by “…four quaternions of soldiers…” (Acts 12:4 King James Version – See Acts 12:3-11).  Sixteen soldiers were guarding Peter!  What price did God pay to release His apostle?  It tells us in Acts 12:19, “…when Herod had search for [Peter]…and not found him, he examined the guards and commanded that they should be put to death.”  God traded sixteen unbelievers for one believer!  We are of great value to our heavenly Father!

Another illustration of our importance to God as His children comes from Isaiah 40:15 through 17 (Easy-to-Read Version):

Look, all the nations in the world are like one small drop in the bucket.
If the Lord took all the faraway nations and put them on His scales,
they would be like small pieces of dust.  All the trees in Lebanon are
not enough to burn on the altar for the Lord.  And all the animals in
Lebanon are not enough to kill for a sacrifice.  Compared to God, all
the nations of the world are nothing.  Compared to Him, they are worth
nothing at all.

The Lord looks upon the godless nations, and they are nothing, they are worth nothing!

•      Put on God’s balance scales, all the nations would be like small pieces of dust – not even respectable-sized dust!

•      Lebanon was famed for its timber, especially the fragrant cedar trees.  When Solomon built the temple and his own palace in Jerusalem, he used vast amounts of lumber imported from Lebanon (see I Kings 5:5, 6).  But all the trees in Lebanon are not enough to burn on the altar for the Lord !

•      In the practice of their God-directed religion, the Jews sacrificed many animals – their blood covering over the sins of the people, and pointing toward the final sacrifice of Jesus Christ, the Lamb of God ! (See John 1:29, 36).  But all the animals in Lebanon – yea, in the whole world! – are not enough to kill for a sacrifice!

•      Compared to God, all the nations of the world are nothing.  Compared to Him, they are worth nothing at all !

But what of believers – the children of God?  It is written in Isaiah 43:3 through 5:

…I am the LORD your God, the Holy One of Israel, your Savior; I gave
Egypt for your ransom, Ethiopia and Seba in your place.  Since you were
precious in My sight, you have been honored, and I have loved you; there-
fore I will give men for you, and people for your life.  Fear not, for I am
with you….

If God’s chosen ones in the Old Testament were so precious to Him, would we be any less precious to our heavenly Father in this New Testament era?  We – you and I – are of immense value to God!