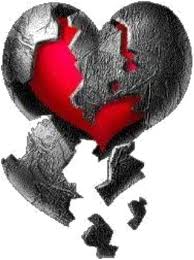 In Deuteronomy, the last book of the Pentateuch, Moses gives three discourses to the Israelites just before he dies and Joshua takes the new nation into the Promised land.  He reviews all their history since God brought them “…out of Egypt with great power, and with a mighty hand.” (Exodus 32:11).  It is good to recount the stories of the LORD’s dealings with His people – in our personal lives!  But in the midst of recalling Israel’s recent history, Moses reminds the people of what they should do once they enter Canaan!  Here is a shortened version of Deuteronomy 7:1 & 2, and 4 through 6:

When the LORD your God brings you into the land [of Canaan] which
you go to possess, and has cast out many nations before you…you shall
conquer them and utterly destroy them…show no mercy to them…for they
shall turn you…away from following Me, to serve other gods….But thus
you shall deal with them; you shall destroy their altars, and break down
their wooden images, and burn their carved images….For you are a holy
people to the LORD your God….

The criticism has often been raised that Jehovah of the Old Testament is a cruel and vindictive God!  He told His people to totally wipe out the Canaanites because of their sins, sparing no one! (See Deuteronomy 7:23, 24; 20:16, 17).  But if we closely examine our featured Scripture, the reason the command of the LORD was so harsh is because – if the Canaanites were allowed to live – they would so corrupt the Israelites, God’s people would soon be as sinful as the heathen!  And this is exactly what happened to Israel as time went on! (See for examples Deuteronomy 32:5; Judges 2:19; II Chronicles 33:1-9).  If Israel had truly obeyed God, wiping out the heathen tribes of Canaan, they would not have been so corrupted!

But did God even give the Canaanites any chance to repent?  In Genesis 15:13 and 16, the LORD, in making a covenant with Abram (Abraham), gave the patriarch this prophecy of his progeny:

Know certainly that your descendants will be strangers in a land that is
not theirs, and will serve them four hundred years [referring to Israel’s
slavery in Egypt]….But in the fourth generation they shall return here
[to the land of Canaan], for the iniquity of the Amorites is not yet complete.

In other words, God was giving the Canaanites – here called the Amorites – another four hundred years to repent from their idolatry and related sins, and turn to Him!  But they didn’t, and so judgment came upon these heathen tribes!

Notice in the last part of our featured Scripture, God is telling the Israelites that “…you are a holy people to the LORD your God….”  This means separated unto Him, and Him alone!  This is exactly what God calls us to be when we accept Jesus as our Savior!  In John 17 (Jesus’ High Priestly prayer before He went to the cross) He reveals several things concerning His followers:

Back to the “cruel and vindictive God of the Old Testament” – is God any less concerned today about the purity of His people than He was back then?  What has changed is the emphasis of the accomplished sacrifice of the Lord Jesus Christ for our sins, and our proclamation of that fact to the lost world! (See Matthew 28:19, 20; Acts 1:8).

One final thought:  Is wiping out entirely the sinful influence surrounding God’s Old Testament people any less radical than what Jesus told His followers in Mark 9:43 through 48?