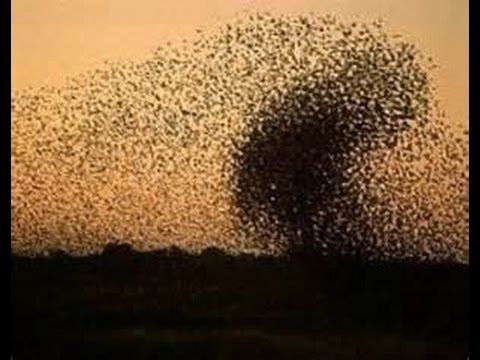 In Monday’s blog I introduced you to Patterson Grove, a United Methodist campmeeting whose roots go back almost 200 years!  It moved to its present location in 1868, north of Bloomsburg, Pennsylvania, in the Endless Mountains.  My wife and I bought a cottage in 1982, one of 110 in the grove, and we have been an active part of Patterson Grove ever since.

In the next blogs, while the 149th campmeeting is being held, I would like to share the great work God has done in my life through our involvement in this wonderful place!  The Scripture that comes to my mind that best describes God’s hand in this is Joel 2:21, 25, and 26:

Most conservative Bible scholars date the book of Joel to the latter part of the ninth century BC.  Judgment had come to the southern kingdom of Judah in the form of a great locust invasion.  Within a matter of hours, these insects stripped every green thing growing in the land!  As catastrophic as this invasion was, the prophet points to a greater invasion at the end of days that will all but destroy Judah!  But with the warning comes a promise of great blessing!  God will so bless the Jews that the tribulation through which they were to pass will all but be forgotten and erased!    “I will restore to you the years that the…locust has eaten….” (Joel 2:25).

When I was ten years old my life fell apart!  I grew up on a dairy farm in northwestern Connecticut – 208 acres of fields, rocky meadows, woods, and streams.  I loved that place – the land, the animals, the barns, the house, even the long and hard hours of work – and all I dreamed about was to grow up and take over that family farm!  But in the fall of 1956, my father left the family for another woman.  He also left us deeply in debt, having illegally double-mortgaged the farm.  My mother, who was in poor health, could not keep up with all the work, and we three boys – ages 10, 12, and 14 – were too young to help manage all the problems.  So my mother sold the farm in the spring of 1957, and we moved to the other side of town.

I can’t remember any feelings I must have had through all this.  For the longest time I thought that all that took place could not really have bothered me that much.  But 25 years later – and with the help of a psychologist – I learned that it was so painful, I just pushed the thoughts and emotions way down inside of me as a way to protect myself from misery!  To ‘help’ I started to medicate myself with alcohol – taking my first drink at age twelve!  By the time I was fifteen, I was an alcoholic!  Mom had taken a job in a transformer factory, earning $1.00 an hour!  With eight hours overtime (all that was allowed by law for women at the time), her take-home pay was just under $50 a week!  She had little energy left after work, so we three boys ran wild!  I got into trouble at school, at home, and with the police!

At age 19, God reached out and caught me!  I was in the Air Force stationed at Keesler Air Force Base in Biloxi, Mississippi, training for radar repair.  Because a friend had converted to Roman Catholicism, I also decided to pursue that route, since I had little in the way of a religious upbringing.  At the same time I started reading my Air Force-issue New Testament.  I discovered three things:

…and I fell head over heels in love with Him!

I met my wife Hope just seven weeks before I was discharged.  We married six days after!  She, being a strong Christian, helped me to grow in my faith!  Hope spent her teen years as a PK (pastor’s kid).  Her dad had become a pastor when she was about 13.  When we married, she told me, “You can be anything you want to be.  Just don’t be a pastor! ”  She didn’t want to subject herself and any children we might have to the ‘fish bowl’ life of a pastor’s family!

I began my college education in pre-engineering.  But I soon lost interest.  I floundered as I tried to think of the career I should pursue.  As I moped around, Hope said to me one day, “What’s wrong with being a pastor? ”  After I got up off the floor, I thought and prayed about it.  I shared with the pastor of the Baptist church that we were attending that I was seriously thinking about training to be a minister.  Pastor John looked at me across the desk in his office and said, “If you can do anything else except be a pastor, do it! ”  That startled me – until I realized just what he was saying:  If I could not do anything but be a pastor – if God’s calling was that strong in my life – then, and only then, do it!

I applied to become a student at Baptist Bible Seminary in Clarks Summit, Pennsylvania.  Even before I was accepted, so sure were Hope and I about our calling, that we moved to the Scranton area to start pastoral training in the fall of 1970!

But something was missing…actually more than one thing!  The locust had eaten, and my years needed to be restored!

I will tell you what happened by God’s miraculous intervention in the next blogs.