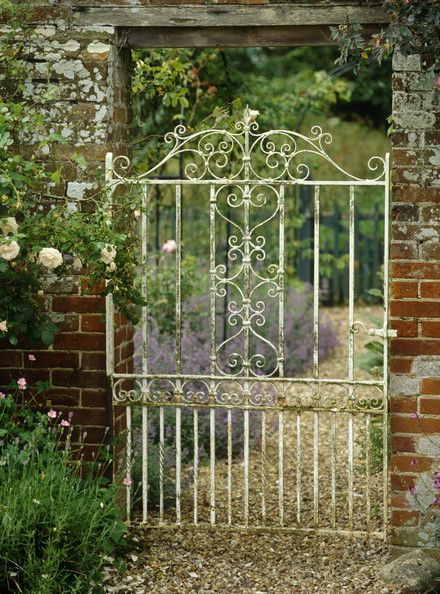 Whether you are familiar with what the Bible says or not, you are still held responsible to obey what you do know!  And you are also responsible to “…grow in grace and knowledge of our Lord and Savior Jesus Christ.” (II Peter 3:18).  In the meantime, here, from Romans 14, are The Four Gates Of Christian Conduct – and if you put your words and actions through these Four Gates before you proceed, you will go a long way in bringing your Christian life under the Lordship of the Savior!

•      In our opening blog of this series, we looked at The First Gate, Romans 14:12 – “So then each of us shall give account of himself to God.”  This takes place at “…the judgment seat of Christ…” (II Corinthians 5:10) where we are judged according to how we live our lives after we accept Jesus as our Savior!  It involves Christ judging God’s saved ones, and the rewards or lack thereof they will then receive!

•      Our next blog dealt with The Second Gate Of Christian Conduct in Romans 14:16 – “Therefore do not let your good be spoken of as evil.”  What you say or do may be very good, but keep in mind how it will be perceived by those who hear/see it!  Let’s go on to…

•      The Third Gate Of Christian Conduct is in Romans 14:21 – “It is good neither to eat meat nor drink wine nor do anything by which your brother stumbles or is offended or is made weak.”

✞      Paul is making this statement in the context of “…disputes over doubtful things.” (Romans 14:1).  In his day many animal sacrifices were slaughtered and then their meat was offered to idols.  Of course, the idol didn’t not consume the offering, so it was then sold in the market place for general consumption.  Some believers thought it sinful to be “…eating things offered to idols…” (I Corinthians 8:1).  The apostle explores this controversy more deeply in this I Corinthians 8 passage.  Here is the heart of his argument from verses 4, 7, 10, and 13:

…concerning the eating of things offered to idols, we know that an idol is
nothing in the world….However, there is not in everyone that knowledge;
for some…eat it as a thing offered to an idol; and their conscience, being
weak, is defiled….if anyone sees you…eating in an idol’s temple, will not
the conscience of him who is weak be emboldened to eat those things of-
fered to idols?…Therefore, if food makes my brother stumble, I will never
again eat meat, lest I make my brother stumble.

✞      Now you might have the freedom to enjoy a glass of wine with a meal.  Is that wrong?  Paul tells us in Ephesians 5:18 (Contemporary English Version):  “Don’t destroy yourself by getting drunk….”  The Bible does not say definitively that a person cannot ever take a drink containing alcohol!  I have not drunk alcoholic beverages at all for the last 36 years because I have a strong tendency to become addicted (as I was for many years before).  But some Christians sincerely believe a follower of Jesus Christ should never let beverage alcohol pass their lips!  If they saw a fellow believer imbibe, that would offend them!  Or, it might even embolden them to sin against their own conscience and drink!

In my first church the steeple roof over the vestibule started leaking.  It needed to be repaired, and fixed right!  The best roofing company in town was owned by a man who also was the proprietor of a bar in town with a not-so-good reputation.  I called the owner several times, but could not get him on the phone. So I walked down to the bar and went in. There I made arrangements with the owner to fix the church roof.  Some of the locals seated at the bar haled me and offered to buy me a drink.  I ended up accepting a Coke!  And I actually had the opportunity to witness to some of these folks who would never have set foot in church!  As I left, I thought, “I hope no one sees me coming out of this place! ”  I opened the door and stepped out.  And who should go by but a car full of church women!  Thank God!  According to the Second and Third Gates of Christian Conduct, my good was not spoken of as evil !  And my actions did not cause my brother or my sister to be offended or made weak!

The Third Gate Of Christian Conduct involves asking yourself this:  “Even if what I am about to do is good in my own mind and conscience, as well as acceptable before God, will it offend my brother or sister in Christ? ”  If it is going to offend a brother or sister in the Lord, be careful!  Cain, when confronted by God concerning the whereabouts of his brother Abel, whom Cain had just murdered, retorted, “Am I my brother’s keeper? ” (Genesis 4:9). Yes, we are our brother’s keeper !  The second part of the Great Commandment tells us,  “You shall love your neighbor as yourself. ” (Matthew 22:39 – see also Mark 12:31; Luke 10:27).  If you avoid offending yourself, then don’t offend your Christian neighbor!